Live the adventure in the middle of the jungle in one of the most exciting tours in the world with the Bird Watching Tour.

The Amazon Bird Watching Tour takes you to know the most representative flying species of Peru, among them the gallant Gallito de las Rocas or Rupicola Peruviana, known in Quechua as Tunki; the Perlita de Iquitos, in a situation of critical danger; the Spatula-tailed Hummingbird, one of the most beautiful in the world; the Cabezón de Loreto or the Scarlet Macaw, symbol of the Amazon, among other enchanting birds.

You will be able to discover magical places such as the Allpahuayo-Mishana National Reserve, a protected area of ​​Peru, which is home to some 500 species of birds; as well as Lakes Hondo Cocha and Bondi.

Submerge yourself  into majestic areas of the Yanamono Reserve and other places within the jungle. In each space that you go during these 5 days, you will see animal species and vegetation in danger of extinction; In addition to staying in a Lodge that gives you all the comforts in the middle of the jungle.

What are you waiting to create your unique experience? Let’s start by looking at the photos!

After enjoying the beautiful walk, you return to the accommodation to enjoy a delicious lunch and in the afternoon observe more birds in the area and finally spend the night at the hotel.

The second day of the tour you must wake up very early, at 4:30 am, to leave for the Allpahuayo - Mishana Reserve, located in the province of Maynas; a place where 498 species of birds coexist, more than 500 species of butterflies, more than a thousand types of plants, amphibian species, reptiles, mammals and fish.

Starting at 5:30 a.m., a bird expert guides the tour in part of the more than 57 thousand hectares that make up this area widely known for its white sand forests or "varillales" and those flooded by the dark waters of the Nanay River.

475 types of birds inhabit the place, 6 of them totally new to science and 9 endemic; among them the recently described Perlita de Iquitos or Gnatctacher (Polioptila clementsi), Pearly Antshrike, White-plumed Antbird, White-browed.

In this reserve you spend the whole day and you can also see birds such as Ancient Antwren, Allpahuayo Antbird, Yellow-throated Flycatcher Gray-legged Tinamou (between December to March), Pompadour Cotinga, Mishana Tyrannulet, Zimmer's Antbird, Safron - crested Tyran Manakin, Brown - banded Puffbird, Citron - belied Attila; among a great diversity of mammals and amphibians protected in the place.

Enjoy breakfast and lunch amid natural beauty. It is time to return for dinner and spend the night in the city of Iquitos.

This day you travel to the interior of the jungle, for this you embark at the Port of Iquitos in a fast boat that travels the Amazon River, heading to the Yanamono Communal Reserve; On the way you will see the demarcated line between the Amazon and Nanay Rivers, on one side with brown waters and on the other, almost black. You enjoy the flight of the Large-billed and Yellow-billed Terns; possibly you see the Lesser Yellow-headed Vulture.

You arrive at your new accommodation, Heliconia Amazon River Lodge and on the nearby trails you look for birds such as Brown-chested Martin, Southern Martin, Violaceus trogon, Gray-breasted Martin, Pale-legged Hornero, Warbling antbird, White-eared Jacamar, Buff-throated Woodcreeper and Black-crowned Tityra.

You will also be able to observe species of Manakins, such as Golden-headed Manakin, replaced in southern Amazonia by the Red-headed Manakin, Blue-headed Manakin, Reddish Hermit, Golden-collared Toucanet, Fasciated Antshrike and Short-billed Antwren.

At night you return to the Lodge for dinner and rest.

At the beginning of the morning you sail to the Cáceres creek (it could be replaced by another creek according to the water level of the river) to spot birds such as Amazonian, antshrike, Amazonian-streaked Antwrent, Amazon Kingfisher, Black Caracara, Black-Collared Hawk, Black Capped Donacobius, Great Egret, Greater Ani, Green Kingfisher, Red Capped Cardinald, Ringed Kingfisher, Plumbeus Antbird, Squirrel Cuckoo, Oriole Blackbird, Wattled Jacana, White-eared Jacamar among other wonderful Amazon species.

This tour allows you magical contact in the middle of wetlands, rivers, jungles and an enchanting scene of fauna and flora, unique in the world.

In the afternoon it is time to board a fast boat to the Napo River, where it is possible to recognize birds at the edge of the waters, including Black - necked Red Cotinga, Swallow-wing, Chestnut - crowned Becard and Orange - eyed Flycatcher. From there you go to a lake to see the Hoatzins, Plum-throated Cotinga, Capped Heron, Black - collared Hawk, among other species.

In the late afternoon you enjoy dinner at the accommodation and a tour around the place to observe species such as the Great Potoo, Common Potoo, Tropical Screech owl, Laadder tailed nightjar, Pauraque and other nocturnal birds.

At night you return to the Lodge to enjoy dinner and rest.

Finally we return to the Lodge for lunch and later return to the accommodation you have chosen in the City of Iquitos or directly to the Airport.

Like birds, let your dreams fly and define the date when you will live an unforgettable 5-day experience exploring the biodiversity and beauty of the Peruvian Amazon.

Price of the Tour to Iquitos includes:

Price of the Tour to Iquitos excludes:

What to bring to the Tour to Iquitos with Amazon Bird watching?

What considerations should you have when doing the Tour to Iquitos?

Guru Explorers values ​​your time and strives to respect the tour schedule; however they may vary for reasons beyond our control (weather, natural disasters, field conditions, among other demonstrable reasons). We will do our best to offer efficient options and solutions for your enjoyment.

Those who voluntarily renounce some of the services included in the Tour do not receive a refund or readjustment of the total prices of the programs.

The experience that makes you live the beauty of this mountain of colors is inexplicable, it is really a personal encounter between you and nature. We want to be part of that experience that you will live in the Bird Watching Tour. If you are still wondering why choose us? We would like you to read 7 outstanding characteristics of our service:

When you go to a teacher, it is because you want to answer all the questions. In a matter of travel, money, time and enjoyment, you have to choose the best options available and that is what “Guru Explorers” is all about, giving you the perfect balance for the adventure you DESERVE.

To become “Guru Explorers”, we are still world travelers, but experts in Cusco, Lima, and the most important destinations in Peru. We lived bad and good experiences, valuing that the main difference lies in the details, so we know what elements are essential for your trip. We are travelers and we strive to enhance your experience!

We are here to provide you with the best and most accurate information and description of our tours. We are not supporters of hidden costs, that is why we provide the necessary information so you can choose the inclusions or upgrades you are looking for.

You entrust us with your time, your money and your expectations and that is why we fine-tune every detail to guarantee the trip you dream of.

Although we have pre-established packages; they can be adapted to your needs and to make plans that are suited to you, so that you can visit any place in Peru, with the expertise of “Guru Explorers”. We adapt trips for special occasions such as your corporate trips, honeymoon, birthday, social, cultural or sports event during your visit to Peru, offering you complete advice to achieve and exceed your expectations.

Before being tour guides, we are travelers, explorers, adventurers; That makes us passionate about creating the best experiences in the time you invest for yourself and those you love.

We promote Responsible and Sustainable Tourism, not affecting the traveler, nor exploiting the communities that receive it or their environment. We create more human and respectful experiences of Heritage.

Do you want a different trip to Iquitos? We won't keep you waiting!

Price per person from:

Send us an e-mail 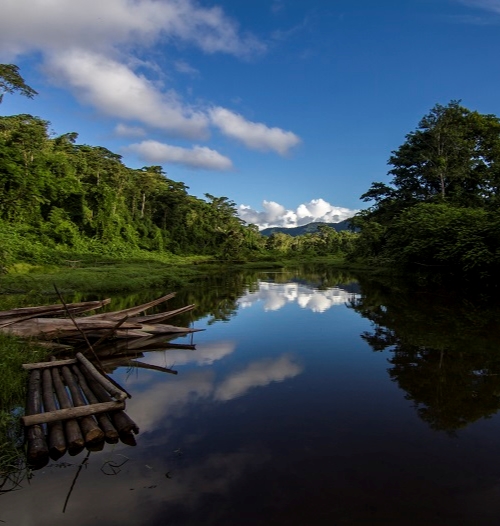 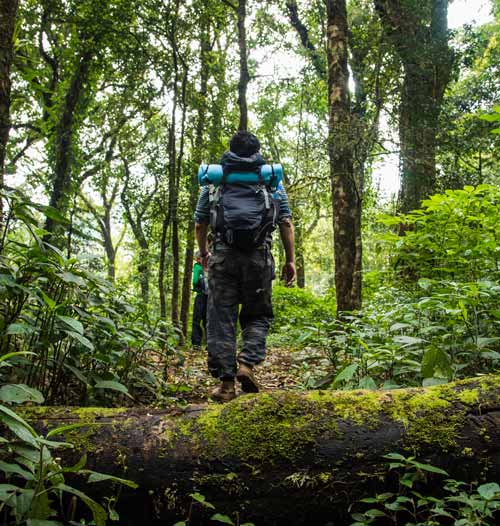 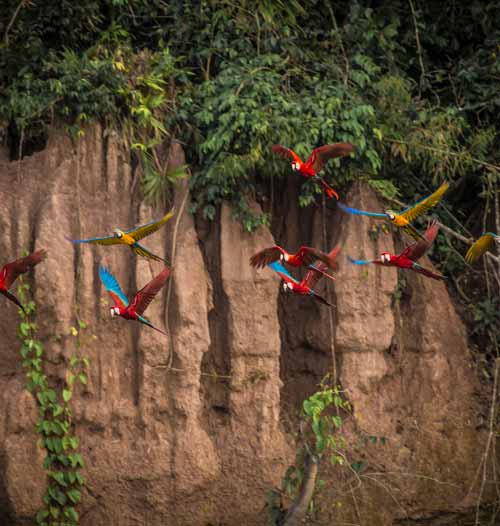 Tour to Tambopata: Expedition to the Wild Amazon 5D / 4N 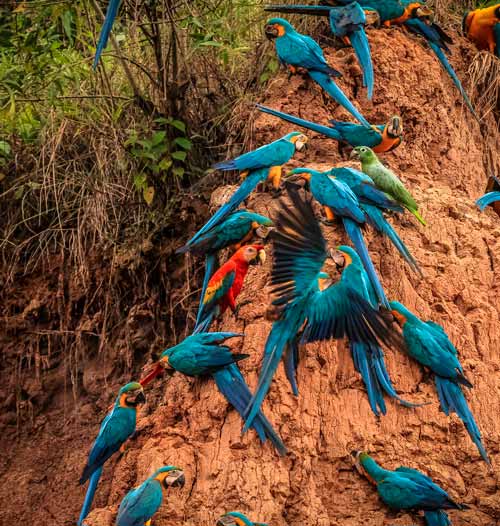 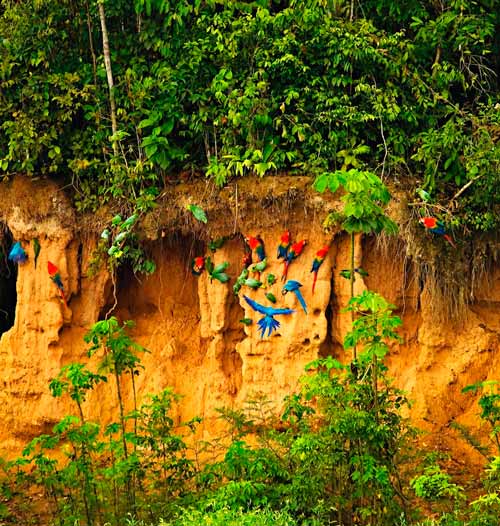 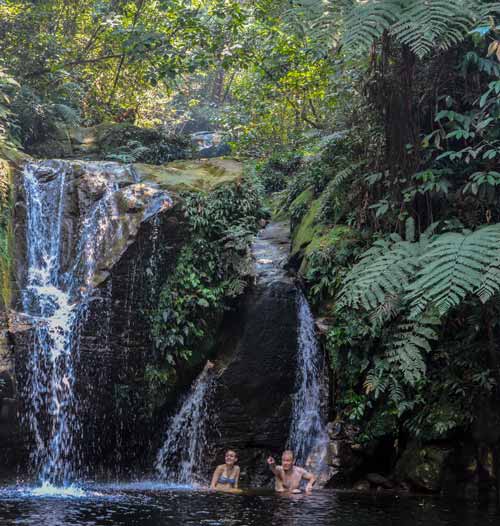 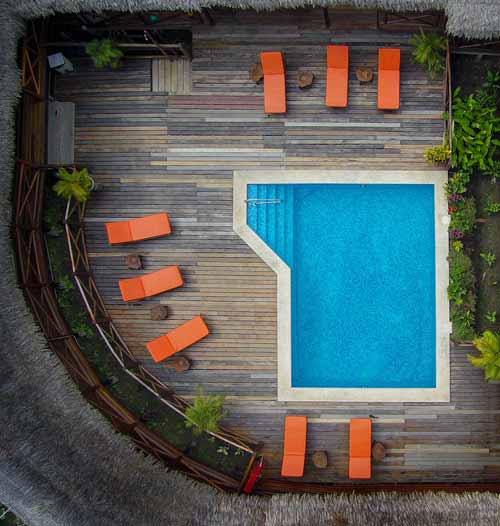 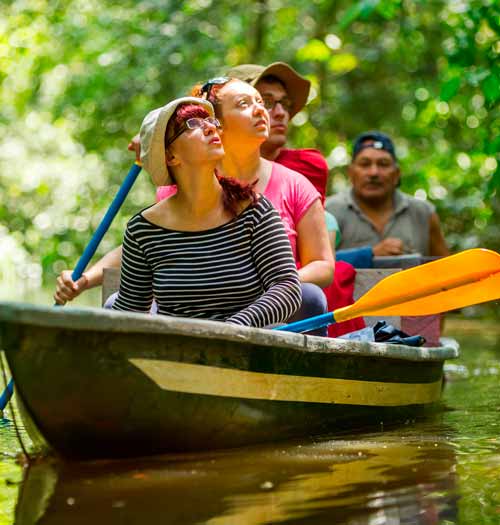 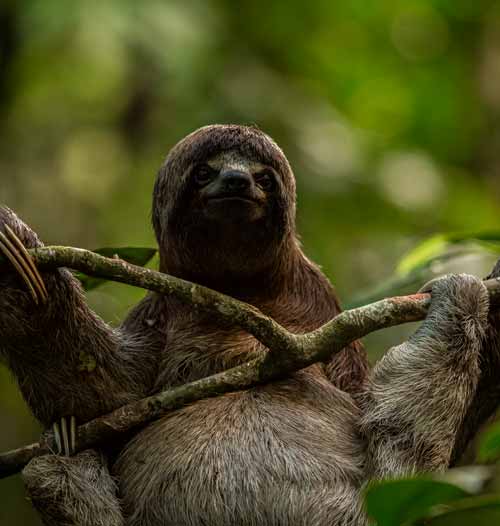 Do you need help planning that long-awaited trip?

WE DESIGN YOUR EXPERIENCE IN PERU TOGETHER